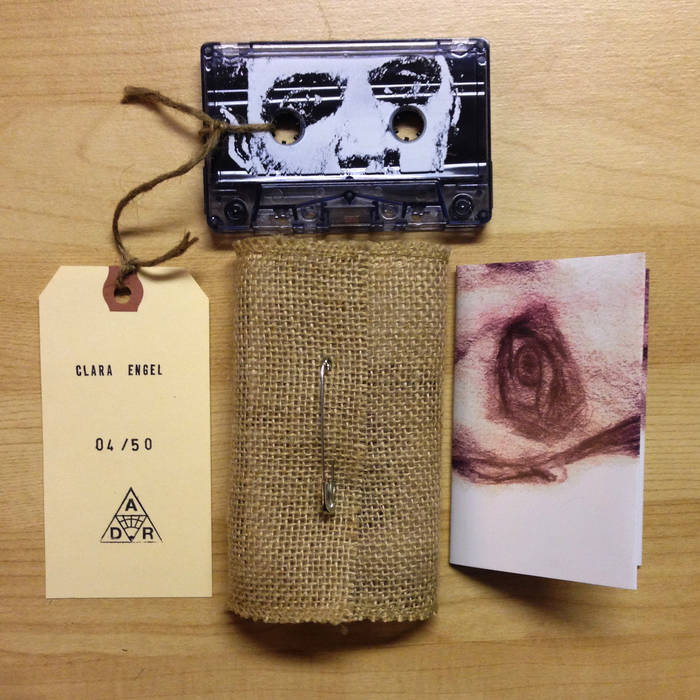 John Kerridge Wonderfully crafted songs. I'm pleased to have purchased one of the 50 limited copies of the cassette release shhhhish don't tell anybody. "Music For and By Weirdos" i wear the badge with pride. Favorite track: A5 - Tangerines.

"Some music seems too big for itself. Like an ancient encyclopedia with entries on folk, blues, post-punk, opera, and chamber music that sits on a shelf next to a pretty little wilting plant on one side and lonely fish in a bowl on the other — and you wonder how that tome doesn’t bring the whole bookcase crashing down. So big are the sounds here, so crackling with emotion that the perfect place to see it live would be somewhere old and wooden: a huge hall usually saved for ceremonies, lit by hundreds of candles, flickering and warm. Or, if not live, then as a soundtrack to a movie that takes place in a very old, grey city, where two lovers lose each other and have to spend a cold night wandering the wet streets searching for the other. It would be autumn, and most of the citizens of this city would also be cold, but some kind souls would extend their hands in help. In the end the lovers would find one another, but not after losing something else that they could never get back." ~ Weird Canada

“Clara Engel’s voice comes to me from that deepest of all places, imaginative space, from which she visually retrieves an inner landscape converted by breath into the rock equivalent of poetry. Rarely has a voice sounded so authoritative, so unapologetic in its disclosures, so sure of its direction in going home into song,”
~ Jeremy Reed (UK poet)

"The album’s production blends Clara’s poetry with her music, so as to produce a very interesting mixture of strong senses. “Ashes and Tangerines”; destruction and reboot. Now and never. Everything exists in her fantasy, inside the forest of the tale where she landed, stayed and perceived, among other stuff, the rare blending of fantastic and real things ... She introduces herself and invites you to enter the world the way she perceives it. It is a fairy tale experience for grownups. One you definitely should not lose." ~ Metacapsule Says

All songs written and performed by Clara Engel

This album was recorded live off the floor in a day and a half at the very end of 2011. Minimal overdubs were added on a later date in 2012.

Now a distro for Arachnidiscs stock and other associated releases as well as a streamable Arachnidiscs Recordings digital archive.