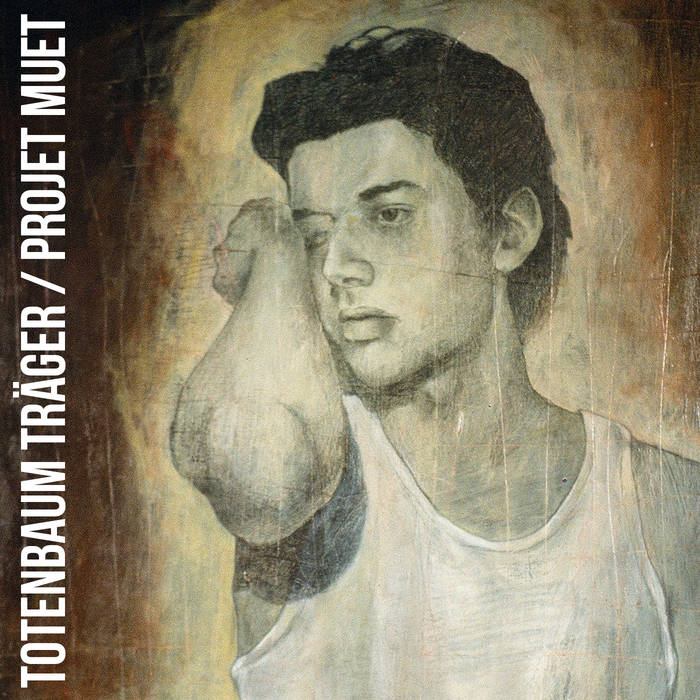 The chamber trio Projet Muet travel similar roads, but to different destinations and by different modes of transportation. They ride waves of minimalist harmony on a raft woven from free-jazz and experimental no-wave. Churning, industrial thrum mix with meditative drones and zentropic bells.

"Multi-instrumentalist and composer Dominic Marion exposes all sides of his creative dimensions by combining two of his latest projects into one split release. Experimental No wave comprised of jarring tones sits perpendicular to ominous bass sounds. Noir-ambient spaces and the matter that fill them create a monster; waxing and waning as if breathing. Totenbaum Träger wrestles with doom components through a combination of electric guitar noise (and riffs), feedback, and dark overtones. Projet Muet focuses on melody, narrative, and the extremities created when polarizing sounds crash together. Marion exposes every angle of his being by pairing the calm and chaotic, channelled through two separate paths of expression."
~ Weird Canada

"As Totenbaum Träger, Marion focuses on long droning notes and splashes of ambient western guitar twang, the mood slowly swinging from restful to menacing. While he does have a couple of collaborators on board, this material has a more singular vision than the Projet Muet recordings, which find Marion working in a trio format that moves dramatically through different vibes and textures. The songs are dark but playful, and almost sound like a full band, albeit a very strange one. Mood music for moody people." ~ Now Magazine

"The aeolian harp is alive and kicking with "Western Wind," the opening track of the album .... "Hung to Sarah Kane's Shoelace" follows .... The atmosphere created by Marion is at its most raw in this, his most basic piece. Listeners will find it easy to lose themselves in the minimalist, choral effects of the guitar work .... The Projet Muet material, a trio's love affair with free jazz and industrial, tweeting sounds, may be a different challenge for the audience altogether .... vibrating fuzz, long horn tones, and the smattering of bells, creating a sharp edge for the rest of the cassette's sounds to be set teetering upon .... ghostly tones and provocative vibrations of guitar noise. It's tempting to say that all the Projet Muet material could be one long song of woe, but there's something more complicated to these three pieces ... "Dragging a Dead Tree Up the Hill," demonstrates a complexity of mood and colour that sends the album off with greater dimensions. A confusion of bells opens the piece, at once both beautiful and intoxicating, to be put into conversation with animal calls as produced by the saxophone and guitar; the progression feels entirely organic, and resounds with satisfying resolution ... Dominic Marion's variety of work on the new Arachnidics release is impressive. Not only can he provoke the ears of the listener with a guitar and an ebow, he can draw deeper emotions out through arrangements of improvisation shared between disparate instruments ... these minimalist pieces are revealing and tender in a way that many musical pieces will never be. Disturbing at times, drawn out with a deliberate desire to stretch the attention span of the listener, yes, but every minute of music on the split release is inspiring and refreshing."
~ Gray Owl Point