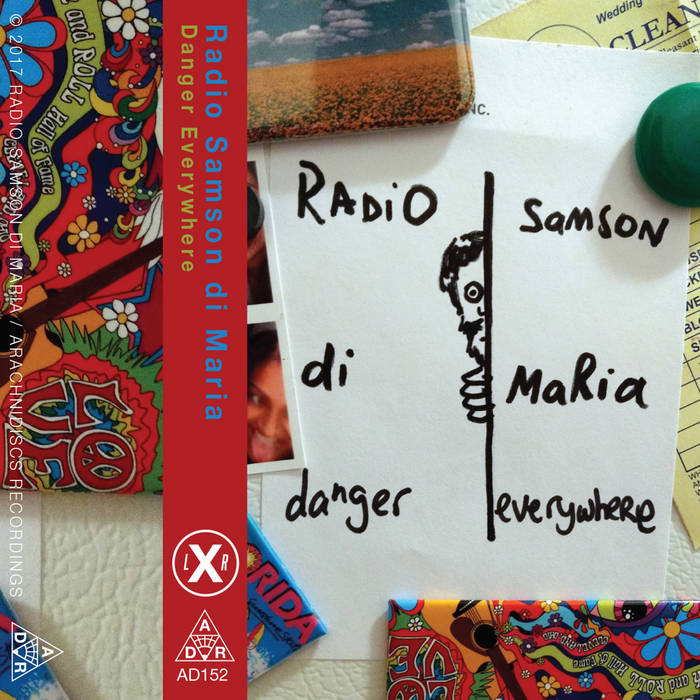 There is very little known about Radio Samson Di Maria, except that its "legend" is shrouded in mystery.

The only information ever found was found in an article*, written by Rubens Santiago, originally printed in the June 1993 edition of Lo Specchio Rotto, an underground horror/sci-fi/experimental music fan zine based out of Woodbridge, Ontario in the early ‘90s.

The story of Lo Specchio Rotto, whose name itself was considered to be a parody of Lo Specchio (an Italian-language weekly newspaper also based in Woodbridge), is something of a puzzle itself.

The zine lasted for only seven issues, focusing almost entirely on reviews on Italian horror films and prog rock, along with articles written about apparent "haunted houses" in and around the GTA, as well as reader's letters detailing stories about strange oddities, supernatural encounters, and a recipe, a surprisingly good one at that, for Fegato alla Veneziana.

Lo Specchio Rotto vanished without explanation, with back issues nearly impossible to find. Coincidentally, the last issue printed is the same issue which featured the article on Radio Samson Di Maria...

"WHO IS RADIO SAMSON DI MARIA???

After multiple complaints were made in recent weeks by listeners and radio station employees around Toronto about the interruption of radio signals with indiscernible speech, peculiar instrument noises, and distressed animal sounds, there appears to be evidence pointing towards the culprits.

Graffiti has been found on the walls underneath the bridge overlooking the Humber River, connecting Islington Ave. with Woodbridge Ave. The words "TUNE IN TO RADIO SAMSON DI MARIA" & "LISTEN EVERYWHERE, LISTEN FOREVER", along with the call signs of several radio stations around the city (many of which had made complaints), were found printed in large, elaborate, gothic designs.

The unusual slogans haven't been centralized to Woodbridge Ave. and Islington Ave. The appearance of similarly styled graffiti has been found inside churches, businesses and schools around town, though not depicted as flagrant as the graffiti underneath the bridge.

Citizens and police are completely baffled. The only possible link that can be connected is of recent reports regarding strange, static-sounding "music" coming from forested/ recreational areas scattered in different neighbourhoods around Woodbridge, including Airdrie Park, Boyd Park & Torii Park.

Time will only tell if the signal interruptions and graffiti will continue to appear."

This was the first and last mention of the Radio Samson Di Maria until 2016, when local community radio aficionado, Curly Costinha, unearthed a cassette tape in the library of CJRU 1280AM, formerly CKLN 88.1 FM.

Labeled Radio Samson Di Maria - Danger Everywhere, this is a collection of sounds that possess a cultish devotion to blended layers of distorted news/cartoon samples, television/radio interviews, public broadcasting, and live music/field recordings. Cryptic overtones are aplenty; a deeper inspection of this cassette should be undertaken at your own discretion.

*As of 2017, multiple Toronto radio stations have denied any of the reports regarding signal interruptions in the summer of '93. No photographic evidence of the graffiti was ever found, while the existence of Rubens Santiago is also completely limited to this singular article.